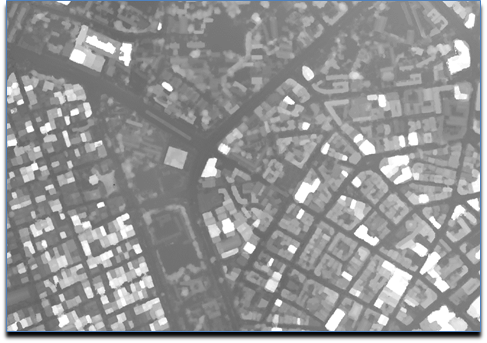 Another fix for problematic datasets is built into the nascent split-merge approach for OpenDroneMap. In short, that approach takes advantage of OpenSfM’s extremely accurate and efficient hybrid structure from motion (SfM) approach (a hybrid of incremental and global SfM) to find all the camera positions for the data, and then split the data into chunks to process in sequence or in parallel (well, ok, the tooling isn’t there for the parallel part yet…). These chunks stay aligned through the process, thus allowing us to put them back together at the end.

For a while now, we’ve been in the awkward position with respect to the nickname: split-merge. It lacks a lot of merge features. You can merge the orthos with it, but not the remaining datasets. And while this will be true for a while longer, we have been experimenting a bit with the merging of these split datasets (thanks to help from Dr. Petrasova). Here for your viewing pleasure is the first merged elevation model from the split merge approach: