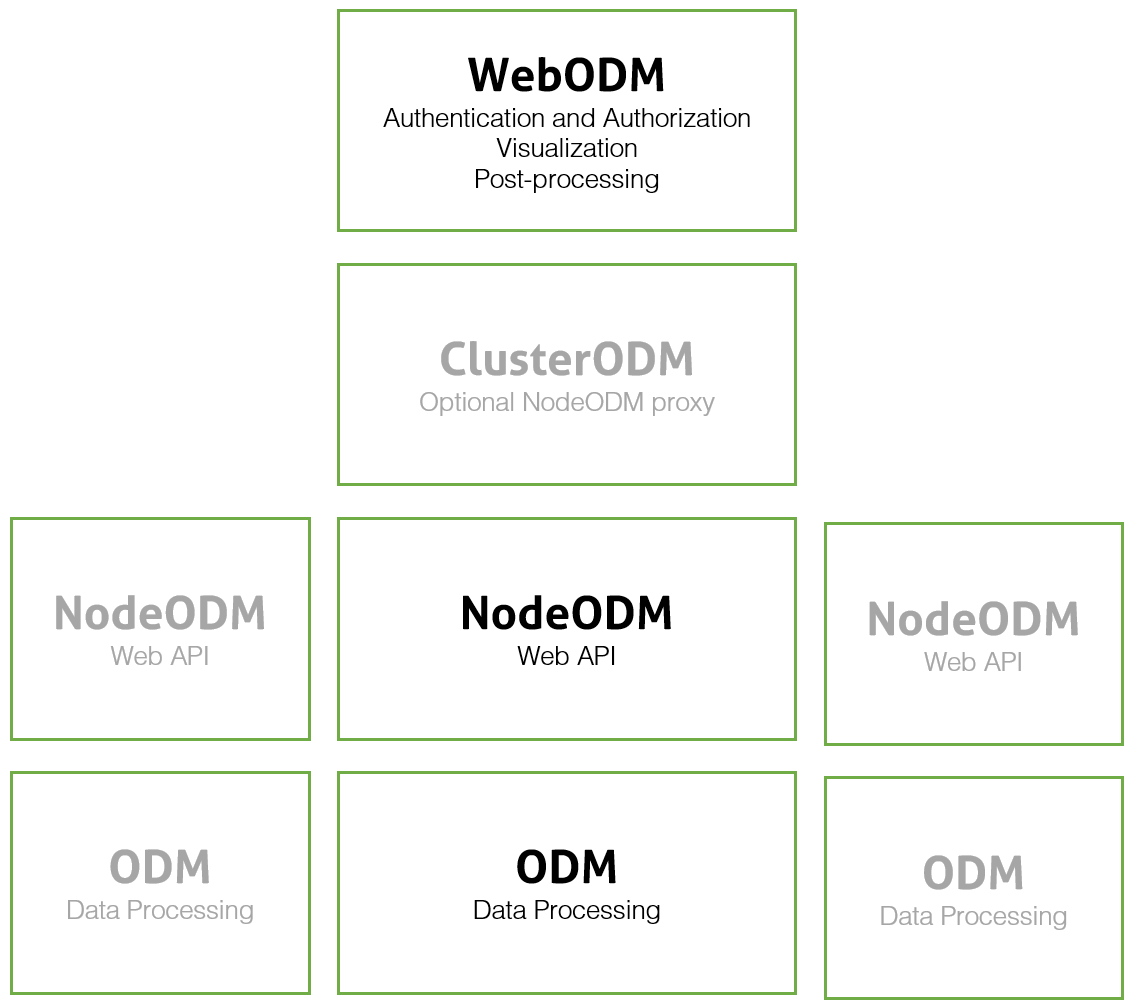 With the release of a native installer of WebODM for Windows, we have been getting some questions about what does this mean? Per Piero’s blog:

Ok, admittedly this requires that you have a processing node running NodeODM somewhere else, as we still haven’t managed to compile/run the full processing pipeline natively on Windows, this is just the user interface, but it’s a really important step toward full native support for Windows (which we have long-term plans for).

The underlying photogrammetry tool, OpenSfM, is not (yet) able to be compiled on Windows due to dependency issues. Mapillary is doing a major rebuild and removing dependencies, so it may get easier in the future to run the full OpenDroneMap stack on Windows. What do we mean by the full OpendroneMap stack? Something like this:

WebODM itself provides authentication and authorization, visualization, and post-processing. It is the graphical user interface to OpenDroneMap.

Underneath WebODM runs NodeODM. NodeODM is a tool to expose OpenDroneMap processing to a web interface and application programming interface, but doesn’t provide all the user facing parts that WebODM does.

And ODM itself is the piece that does the processing of the data. If you use the command line version of OpenDroneMap, this is probably the tool you are using.

So with the new Windows installer, you get the top of that stack. You get that great interface. You can then connect that with your own autoscaling ClusterODM or NodeODM instance on a local or cloud instance or connect it with WebODM Lightning network, which is a NodeODM setup maintained by Piero’s company UAV4GEO.

Need help setting up a ClusterODM instance? Reach out here:

It’s really satisfying to set up your own autoscaling cluster, if you are into that sort of that thing. If not, you can set up a local or cloud NodeODM instance. That is as simple as running a docker command. Or, the simplest solution of all is to sign up with WebODM.net. One of the great wonders of free and open source software is we have lots of choices.