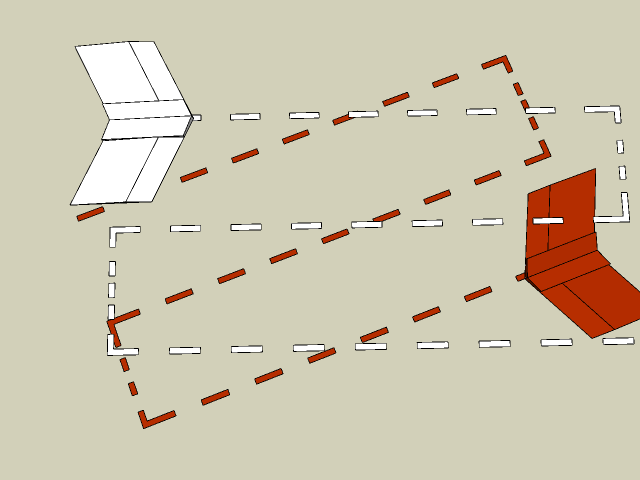 (Modified excerpt from the OpenDroneMap docs)

Camera calibration is a special challenge with commodity cameras. Temperature changes, vibrations, focus, and other factors can affect the derived parameters with substantial effects on resulting data. Automatic or self calibration is possible and desirable with drone flights, but depending on the flight pattern, automatic calibration may not remove all distortion from the resulting products. James and Robson (2014) in their paper Mitigating systematic error in topographic models derived from UAV and ground‐based image networks address how to minimize the distortion from self-calibration.

To mitigate this effect, there are a few options but the simplest to flight plan are as follows: fly two patterns separated by 20°, and rather than having a nadir (straight down pointing) camera, use one that tilts forward by 5°.

As this approach to flying can be take longer than typical flights, a pilot or team can fly a small area using the above approach. OpenDroneMap will generate a calibration file called cameras.json that then can be imported to be used to calibrate another flight that is more efficiently but, from a self calibration perspective, less accurately.

Vertically separated flight lines with the above interleaved 20° flight pattern also improve accuracy, but less so than a camera that is forward facing by 5°.